Two Cedarspan Cabins, a Red Door and One Spectacular View

Posted by admin in Cabin Inspiration, Cedarspan Stories on Jun 11th, 2021 | no responses 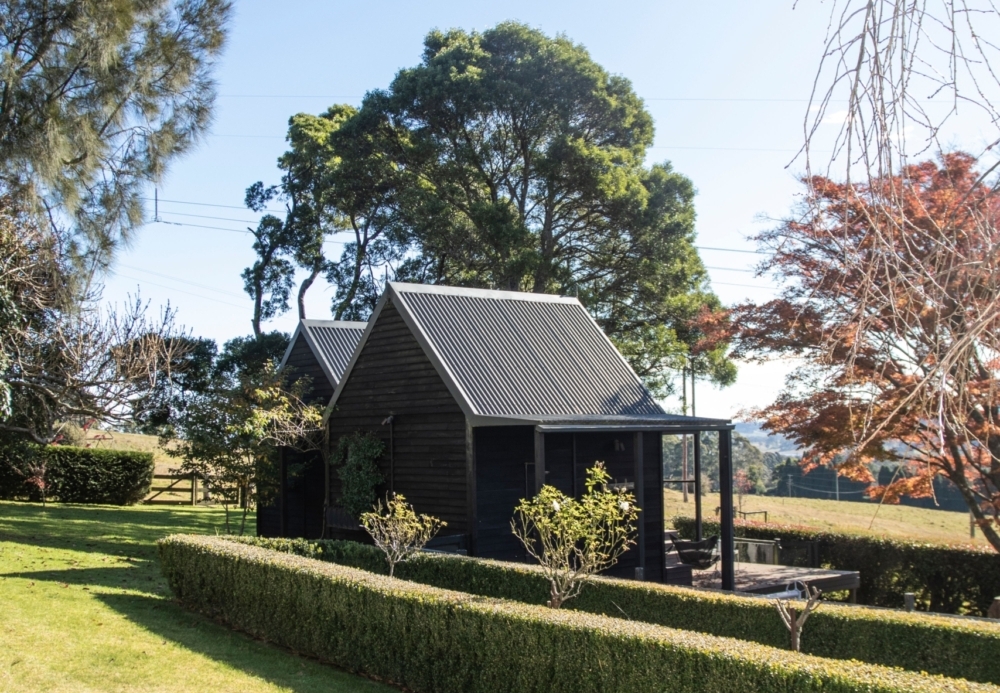 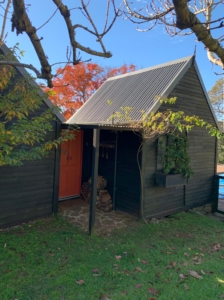 It was 1996 when the first cabin was built, inspiring its new owners to replicate it.

“We moved here nine years ago, and it was always here.”

“We thought it’s easy to add on another section. We wanted to copy that and add it on here,” Maren explained. 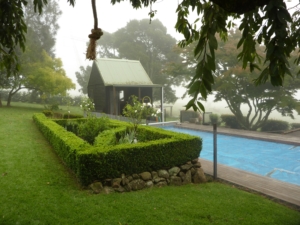 Built to last: The original Cedarspan™ cabin was installed in 1996

Maren and her husband, David, then began the process of bringing their vision to reality.

“When they first put up the bottom part, that was so exciting. We were running around thinking it’s so big, and the next day it was finished.”

For the barn’s exterior, Maren found an unusual source of inspiration.

“I had the horse paddocks with post and rail fences redone, so I used this black paint called ‘StudX’. I was obsessed with it, and then everything was painted black.”

“This paint goes into the wood. You still see the grain, so it is a strong stain, and it lasts for a very long time.” 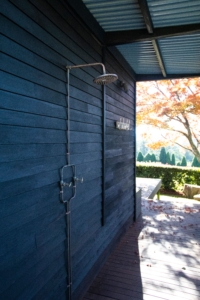 Rustic Luxury: An outdoor shower with a view

Step inside, and it’s all about the view.

“I saw it in a magazine, and I thought I love that.”

“It makes the room. It’s beautiful. We absolutely love it.” 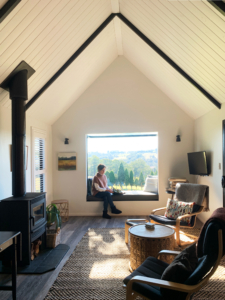 What a view! The bay window was added by Maren and David

The bay window isn’t the only feature that gives the room a wow factor.

“I thought it is more interesting to look at rather than a flat surface.”

Six years on, Maren shares fond memories of having the new Cedarspan™ installed. 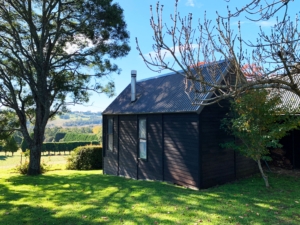 “It was very easy. We ordered it, they gave us a date, and they built it in the time frame.”

While insulation to the roof and all walls are standard features of all Cedarspan™ structures, Maren opted to make it cosier.

“We put in insulation from underneath, and it made a huge difference.”

“It’s comfortable, and it’s always a good temperature in here.” 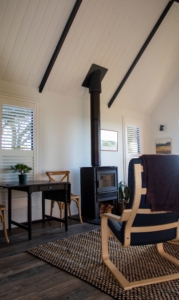 Maren has added a wood heater in her Cedarspan™ cabin, creating a cosy loungeroom

Maren credits her mother for the idea to join the two Cedarspan™ cabins with an annex.

“My mother is living in Germany. She’s been here a few times, and she loves it.”

In keeping with the Nordic theme, she has combined simplicity with comfort.

“I never wanted too much stuff to clutter it.”

“Everyone who stays here loves it.”

For the kitchen, she paired neutral colours with a distinctive splashback.

“I wanted that green Scandinavian theme.” 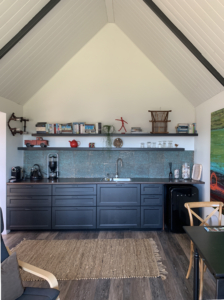 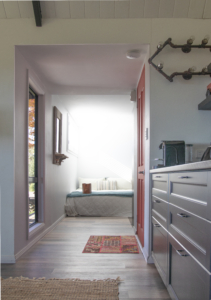 Joined by an annex: where the two Cedarspan™ cabins meet

Away from the hustle and bustle of the city, Maren has truly settled into country life.

“My daughter is in Sydney. I go quite a bit to see her.”

“Do I miss it? Do I want to live there? Probably not!”

Dreaming of your own rural getaway?